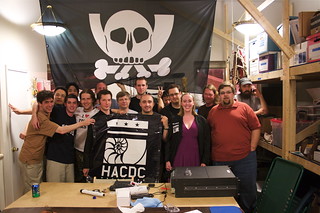 Longtime active HacDC member and former board member Martin notes that five years ago today is when one of our co-founders announced on our blog that HacDC has “officially organized, filled out the annoying paperwork and found a location in which to conduct our secretly awesome experiments.” It’s hard to believe that five years have passed since that time, and we’re happy to report that our awesome experiments continue! Here are some of the things we’ve done in our half decade of existence: 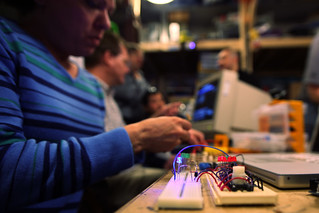 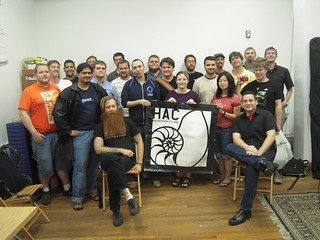 We owe an enormous debt of gratitude to founders Nick Farr, Andrew Righter, Alli Treman, Eric Michaud, et al for creating HacDC back when U.S. hackerspaces were few and far between. And since then we’ve thrived thanks to the support of countless members and friends who’ve given generously of their time, labor, and money to make HacDC an awesome community. Please consider supporting us so we can be around to foster curiosity and creativity in technology for the next five years.

Join us on Discord!

Or chat via IRC at #hacdc on  irc.libera.chat (also accessible via the web: web.libera.chat/#hacdc)